Hi guys..well i am super happy that the roos are back, they have been around but staying closer to water and food sources of which there are little to be found.
I had not mentioned it before but two weeks ago i found a dead roo..on the vacant property in our street.
I had thought it was sleeping and the next day no it was still in place..
I stopped my car and entered the property to find the big roo dead..no idea what had happened there was a pool of blood but the body had been dragged by foxes and no doubt Wedge tail eagles.
It was pretty smelly and flyblown..i tried to see if i could tell what had happened but no idea.
I took some pics on my phone to see if i could try and examine them further but nothing.
Nature is amazing this poor roo within a very short time had been reduced to scattered bones.
Roos can get ill and die,they age or are hurt but this stinks to me.
See our neighbours are ALL very protective of our mobs..but in town just when the big storm hit awhile ago the rescue was called to a female roo with a joey in pouch that had been shot with an arrow and the arrow was still in her.These amazing people went out in that storm dodging trees and danger to dart and catch her.
She is recuperating in their shelter as i type.
The thing is someone in this town has it in for the roos..and if i see anyone near our street or anywhere else with a bow and arrow they cannot outrun my car if you know what i mean.
So i hope and pray this roo i found was not a victim of this sort of thing.
My eyes are out now all the time..watching..
So i went today to see how low our dam is..super low..really bad..the roos have been drinking from it and from the sheeps bath tub of water so we are refilling it everyday.
There is roo poo everywhere and they are camping again on our property and the neighbours over the road.
I was super quiet but they heard me..they leapt through the bushes and stopped at the crest of our property and watched me..so i took some pics and they went on their way..a nice sized mob about 13 with a few joeys in pouch..glad they are here..where no man harms them..ever..

Caught him by suprise 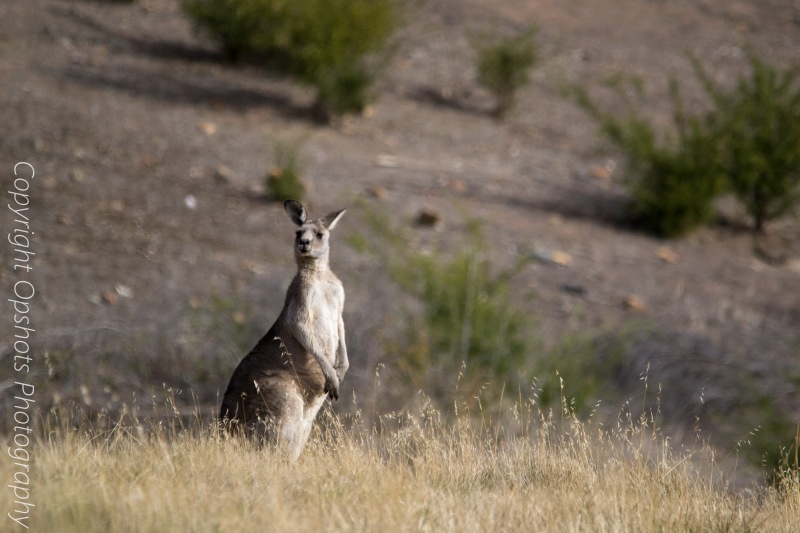 75 thoughts on “The return”

I am always happy to share but please ask first

© Opshots Photography and Fozzie .M 2012 Unauthorized use and/or duplication of this material without express and written permission from this site’s author and/or owner is strictly prohibited. Excerpts and links may be used, provided that full and clear credit is given to Opshots Photography and Fozzie.M with appropriate and specific direction to the original content.

Posts from this month 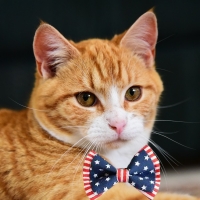 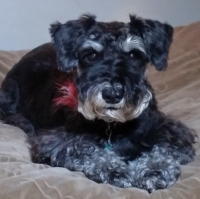 Take a day and find a smile there

Nellie on the Edge

Where all the cool squirrels hang out!

Photo's and Word's of a Wandering Mind

Welcome To The West Coast LadyBuggz's Site... Come on in...!

A Dude with a 'tude

Daily adventures of living with a bunch of cats

A Day In The Life

A Somewhat Daily Digest for People Who Love Scotties.

Dash Kitten
THE DOG WITH A BLOG

Stella and Angel Rory from Down Under

Following in the legendary pawprints of Lexi the Schnauzer

The Good, Crazy, & Adorable Life of One Havachon Puppy

Dog on a mission

Life with Ray ... and the world in general!